For 65 years, LATICRETE has been leading the construction market by manufacturing innovative construction materials. Through three generations, the family-owned, customer focused, world-wide manufacturer provides materials to over one hundred countries. All this began in a basement in New Haven, CT with one innovator, Dr. Henry M. Rothberg.

During the late 1940’s, while working in his family’s floor covering installation business in South Carolina, a young Chemical Engineer, Dr. Henry M. Rothberg realized that there must be a better way to install ceramic tile than the traditional “full mortar bed” method. He decided to dedicate himself to research alternative methods of installing ceramic tile and stone to bring improvements of chemistry to the normal Portland cement-based installation systems for tile and stone.

Dr. Rothberg began development work with Uniroyal Chemical at their Naugatuck, CT research facility where he investigated synthetic latex technologies that had been applied to the concrete industry. After much effort and time – LATICRETE® 4237 Latex Thin-Set Additive was developed and taken to market. For the first time a strong, weather and shock-resistant “thin-bed” mortar could be mixed on-site using equal parts of sand and cement, gauged to a workable consistency with LATICRETE 4237. In 1956, not realizing the potential of what would soon prove to be a revolutionary product; Uniroyal sold the LATICRETE brand to Dr. Rothberg, and LATICRETE International, Inc. was born.

Dr. Rothberg took his samples and product literature and departed for overseas markets where tile and stone were already much more common finishes. Large installations and long-term relationships followed successful presentations in Europe, the Middle East and Asia. LATICRETE remained primarily export-focused in its early years. Slowly, North American tile installation firms began to realize the labor-savings benefits afforded by this new and innovative installation system. Learning from his international experience, Dr. Rothberg focused his efforts on the Architectural community, which could appreciate the significant savings in other aspects of building construction – less steel, less concrete, no depressed slabs – when thick, heavy mortar beds could be eliminated. As LATICRETE grew, the thin-bed method took hold as a typical means of installation. Consumption of ceramic tile grew steadily and rapidly in North America with 2015 estimates of close to 3 billion square feet.

LATICRETE became one of the most prominent product lines available as tile distribution developed around the world in the 1960s and 1970s. As distribution increased, so did the availability of LATICRETE. More and more products were added to the LATICRETE product line that allowed installation of ceramic tile in residential and remodel applications as well as in industrial and commercial construction. LATICRETE became a brand preferred by many types of installers, not just large installation firms focusing on large projects. Demand for LATICRETE products is fulfilled through distribution supported by 8 plants in North America, and a network of factories, distributors and partners around the world.

During this time, Dr. Rothberg’s wife Lillian and their seven children all worked in the family business at various times, with most of their children starting at a young age. In 1974, their son Henry B. Rothberg began as a full-time employee at LATICRETE where he assisted his father in opening up their first manufacturing facility in Bethany. Four years later as a newly minted Harvard MBA graduate, David A. Rothberg began his career at LATICRETE alongside his father and his brother.

In the 1990s LATICRETE sharpened its focus on the international market to create and cultivate efficient local production in expanding markets. This successful strategy has resulted in worldwide local availability of LATICRETE installation materials. Together with a cohort of remarkable employees, Dr. Rothberg and his two sons built a trusted, respected international enterprise. Now more than double its original size, the company supports thousands of families and works to better the lives of people and communities in more than 100 countries.

In the ensuing years after a long apprenticeship that encompassed duties in sales, laboratory, finance, operations and marketing, David had garnered the necessary skill set for his role as CEO. Likewise, after years of being responsible for LATICRETE North America sales & marketing efforts, international expansion and leading company-wide technical training, Henry B. Rothberg began serving as Senior Vice President of Training in 2001. Today, Henry B. Rothberg hosts architectural, distributor and contractor presentations to promote the use of ceramic tile, and has been a popular guest speaker at many industry conventions throughout North America and around the world, promoting the use of ceramic tile and stone.

Through steadfastly emphasizing the crucial roles of integrity, innovation and passion, both David and Henry have fostered an organization whose dedication to customers has been rewarded with exceptional growth and increasing strength despite volatility in major construction markets. 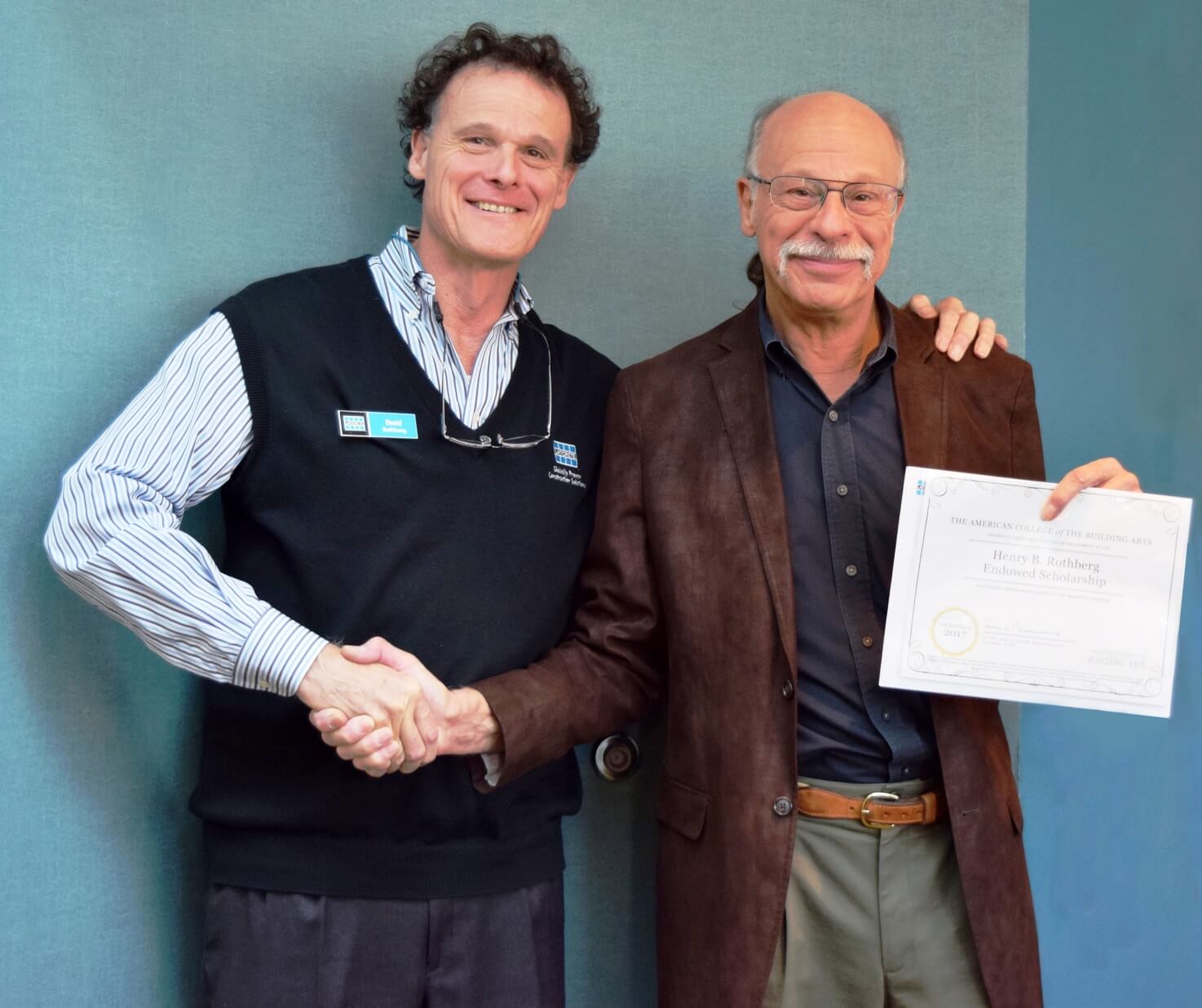 Left to Right: David A. Rothberg awarding Henry B. Rothberg with his 50 years of service award

After succeeding his father as Chairman and CEO in 2001, David broke with tradition by replacing family members on the Board of Directors with a very experienced, diverse selection of business people, thereby bringing broader and different perspectives into the company’s leadership framework. This choice has been instrumental in producing the sharp increase in the breadth of corporate operations, efficiencies and capabilities.

By listing his home phone number on his business card, David signaled not just high levels of personal involvement but also his belief that true inclusivity drives 21st century business. David’s respect for hands-on experience, resourcefulness and unconventional problem solving, learned from a lifetime hobby of mountaineering and exploration in remote parts, has inspired an organizational embrace of change and the unexpected. David has also been responsible for directing a critical evolution of the LATICRETE international business model from dependence on export of products manufactured in one U.S. factory to a worldwide network that services customers with manufacturing, technical support and R&D.

CEO David successfully navigated the transition from the first to second generation while retaining the core values that enabled LATICRETE to grow from its roots as a garage operation to a global player in construction materials. Building on the work of founders Dr. Henry M Rothberg and Lillian Rosenstock Rothberg, David was actively engaged in paving the way for the third generation of this prototypical American success story.

After 42 years serving as CEO, David retired and moved into his new role as Chairman of LATICRETE with responsibility for guiding the company’s Board of Directors in 2020. He is now heavily engaged with the exciting and important work of developing the LATICRETE Family Council, where the future shareholder and owners of LATICRETE will learn their roles and responsibilities as stewards of the global enterprise that their grandparents founded. 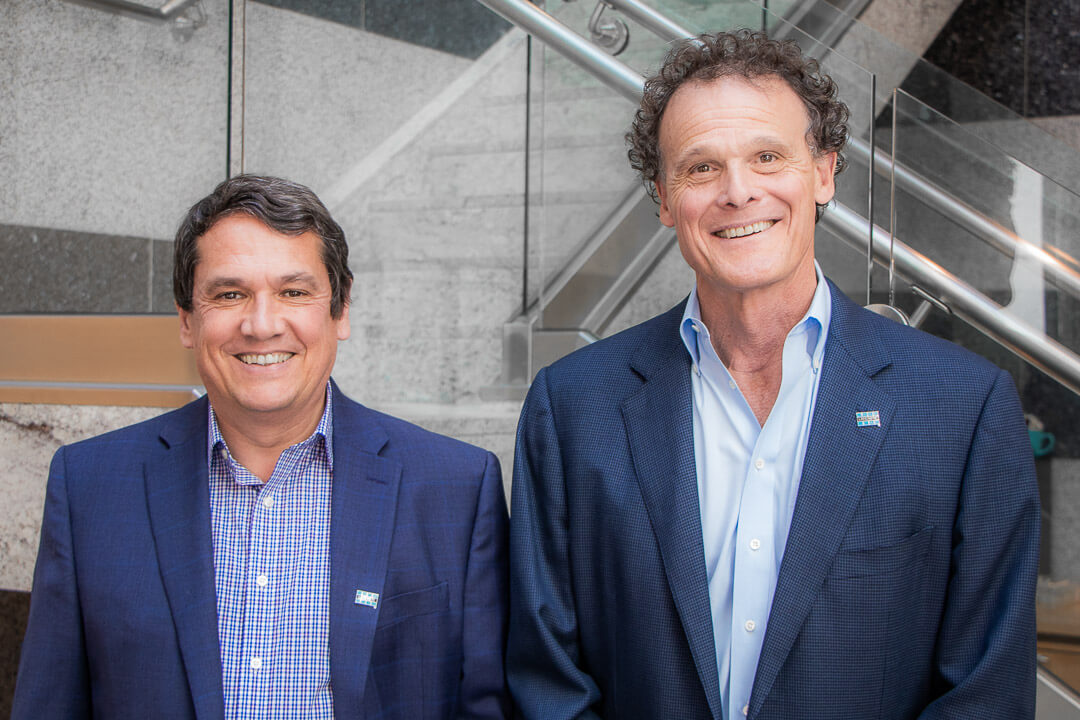 Left to Right: Patrick Millot, CEO with David A. Rothberg, Chairman of the Board

In August 2020, Patrick Millot succeeded David A. Rothberg as LATICRETE CEO after a multi-faceted and accomplished career with the Fortune Global 500 company Saint-Gobain, where he spearheaded manufacturing and omni channel distribution for the industrial and construction industries.

“I see the same focused enthusiasm in Patrick that I have and I am delighted that together, we will ensure continuity of our culture and values, while he takes our innovation, customer centricity and globalization to the next level. I am confident that Patrick will effectively take up the mantle begun with my parents, and transition seamlessly into his new role propelling LATICRETE forward." – David A. Rothberg, Chairman of the Board.

With no changes in LATICRETE ownership, Patrick and David are working together to develop the third generation of Rothberg family members as they "earn their stripes" to become the new stewards of their grandparents’ legacy and carry on the following principles the company was founded on: 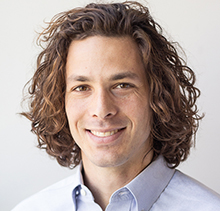 Daniel, son of David A. Rothberg, currently works in Bethany, Connecticut Headquarters as a Product Manager for the Masonry Veneer Installation Systems (MVIS™) and 3D Printing product lines. This role encompasses the global development of both the technology and the market for these novel and promising product categories.

Prior to this, Daniel worked with the International Division helping to develop the flooring products market in Latin America. He worked with the acquisition in Brazil, LATICRETE Solepoxy, to develop a comprehensive line of resinous flooring solutions, transfer these new products around the world, and grow sales in existing business units and new markets in South America.

Daniel is passionate about LATICRETE and family business; being a firm believer that family ownership and the legacy of his grandfather, Dr. Henry M. Rothberg, provide a competitive advantage, which will allow LATICRETE to maintain and build on its status as a visionary leader in the constructions material space for generations to come. 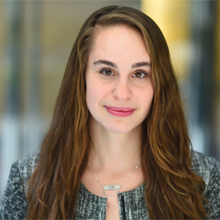 Samantha T. Rothberg currently works as the Director of Marketing Communications for North America, where she oversees the MarCom team and collaborates closely with Product Management and Marketing Information Systems.

Prior to this role, Sam was based in Italy as the Director of Marketing & Product Management for Europe. She also served as the Integration Project Manager & Acting Marketing Manager for Europe. where she led the successful integration of the Benfer acquisition and helped establish the Marketing & Product Management team in Italy. Prior to joining the International Division, she was involved with the LATICRETE Innovation team and North America Sales/Strategic Accounts Group, focusing on industry innovation and offsite/modular construction.

Before joining the LATICRETE team, Sam held the position of Project Manager at Lehrer, LLC, where she provided project advisory services and acted as an owner's rep for private development and construction projects within the New York City area. She also served as Project Director at the New York City Economic Development Corporation (NYCEDC), overseeing complex capital projects on behalf of the City of New York. 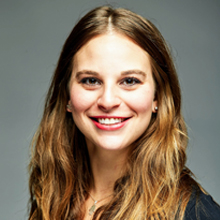 How many people walk into a room and immediately notice the grout joints? Rebecca has never been able to ignore the tile work in a room. Her grandfather, Dr. Henry M. Rothberg instilled proper installation in her from birth. She was grouting before she could read. It was inevitable for her to find her way into the industry.

For many years she spent time working in different departments and in different countries; like her experience in the Brisbane, Australia office, working in Marketing, exposing herself to the entire company. She recently found herself back with more long-term ambitions. Her most recent role is as an Architectural Sales Representative, carrying on the third-generation LATICRETE legacy.

One LATICRETE, One Family - Next Level...

Beginning in July 2021, LATICRETE will be implementing organizational changes to successfully transition into the next generation of LATICRETE leaders. These changes proposed by Patrick will strengthen LATICRETE North American, International and Global organizations to implement the company’s top priorities towards the common ambition of: “One LATICRETE, One Family – Next Level”:

There is only one company that has been continuously involved for over 65 years in the development and production of adhesive mortar materials and technology and has earned the reputation as the industry leader. LATICRETE has chosen to produce material of the highest quality and to maintain that quality.