ONE LATICRETE ONE FAMILY Event at LATICRETE Solepoxy | My first blog

Last week the ONE LATICRETE ONE FAMILY event was held at LATICRETE® Solepoxy (newest business unit in the LATICRETE family) for a day of celebration in Brazil. Team members were met by the Rothberg family (David A. Rothberg, CEO/Chairman and his son, Daniel Rothberg), the President & COO International Division and several executives from the international team.

The day was spent at Toca dos Leões Farm where the team listened to inspiring speeches, participated in fun team building activities followed by a dinner with the management team.
Rivaldo Tiscoski opened the event by addressing the team.  He said, “Since the first manifestation of LATICRETE to establish business with Solepoxy and during the transition phase we were always greeted with open arms by the entire team. We demonstrated right from the beginning the value in partnership and family. Today, at the ONE LATICRETE ONE FAMILY event, we unite the family we now call LATICRETE SOLEPOXY.” – Rivaldo J. Tiscoski, Director of Latin America & Caribbean 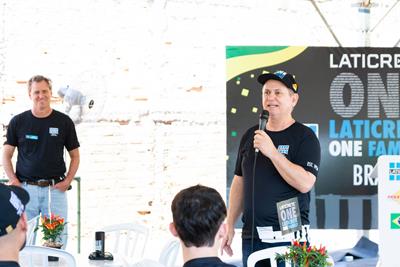 Alexis Joseph Steverlynck Fonteyne, General Director LATICRETE Solepoxy Brazil, reinforced that all employee are family and how he’s proud to be a part of this great company for many years. 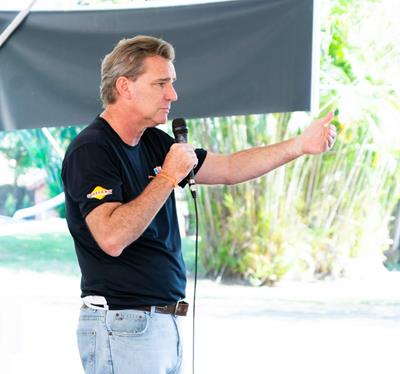 Afterwards the team was divided into 3 large groups to participate in several team building activities that fostered the concept of “together as a family we are stronger”. The teams included David Rothberg and his family which reinforced the concept of one family. 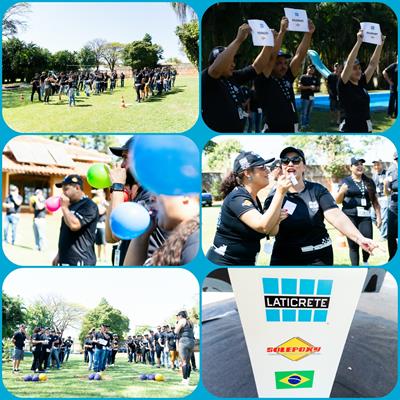 ONE LATICRETE ONE FAMILY team activities

Before lunch the LATICRETE Solepoxy team listened to a speech by the CEO/Chairman, David Rothberg (translated by his son Daniel) discussing: 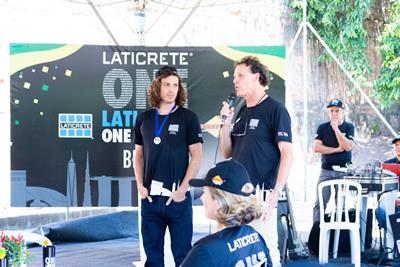 L to R: Daniel Rothberg and David A. Rothberg of LATICRETE

The team enjoyed a typical Brazilian feijoada (bean stew) to the sound of some good samba de roda music. 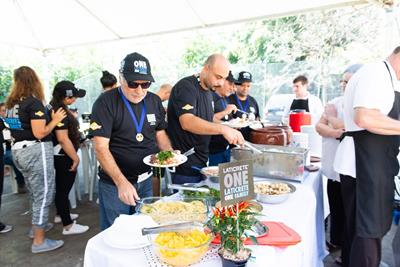 ONE LATICRETE ONE FAMILY lunch

After lunch, Jesler Freitas, Region Manager South America and the team celebrated the birthday of Alexis, the General Director LATICRETE Solepoxy and the 15 year anniversary of Solepoxy and the contributions of everyone to make this day special. How better to do that then with chocolate cake! 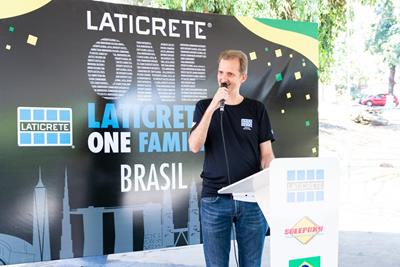 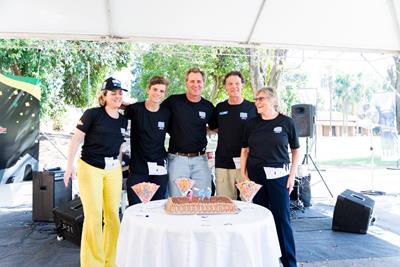 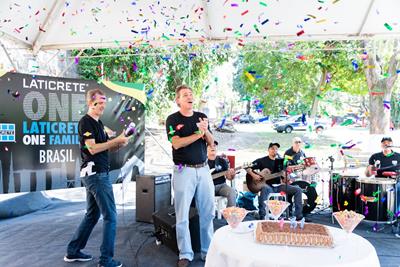 The day continued with the Rothberg family along with several members of the international team touring the LATICRETE Solepoxy plant. The night ended with the Solepoxy team getting together for dinner with the management team where both David Rothberg and Erno de Bruijn, President & COO International Division, shared their expectations and hopes for the future growth of the company in Brazil. 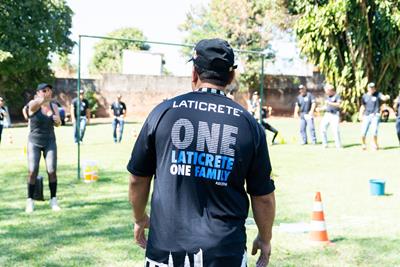 ONE LATICRETE ONE FAMILY commemorative t-shirt