Posted 01/25/2018 by SHARON LA RIVIERE
On January 12, 2018 LATICRETE China hosted the ONE LATICRETE ONE TEAM event during the day for over 200 employees followed by their 10th Anniversary celebration later that night.
ONE LATICRETE ONE TEAM
This new initiative started in 2018 brings David and Henry Rothberg, 2nd generation LATICRETE to the employees of each of our global business units to talk about the history, success, culture and future growth plans of the company. LATICRETE, despite geographical distance, is ‘one’ team with the same vision, mission and values.
The event for our team in China kicked off with inspirational speeches from Bill Qiu, GM of LATICRETE China, David Rothberg, Chairman / CEO, LATICRETE International and Erno de Bruijn, LATICRETE President and COO, International Division.

Bill Qiu, GM of LATICRETE China, gave a speech where he explained how the Chinese name for LATICRETE, “LADI” was chosen. I think it means “strong thunder”. I thought the logic and relevance of the name in Chinese would bring a smile to the face of our founder, of blessed memory, Dr. Henry M. Rothberg” – David Rothberg, Chairman / CEO, LATICRETE International 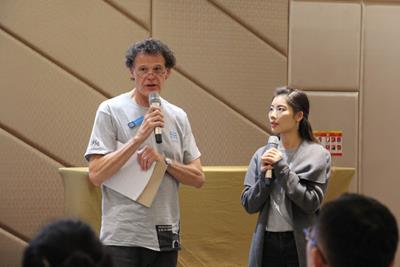 Jenny Fu, Management Trainee, acted as translator to assist with conveying David’s message to the team.
“I am very proud to be celebrating our 10th anniversary in China! In 10 years we became one of the driving forces behind the national standard setting for tile and stone installations, we became one of the leading brands in the industry and our material were used on many of the landmark construction projects.
Equally important; we built a very strong and enthusiastic team of over 200 people that operates in true LATICRETE spirit.” – Erno de Bruijn, LATICRETE President and COO, International Division 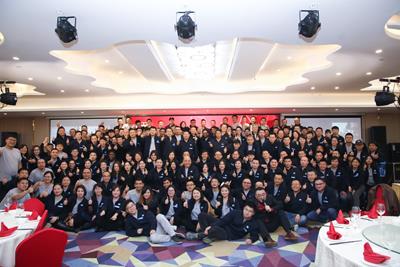 After the speeches the group split into teams to learn how to play the African drum and later competed for the opportunity to perform at that night’s 10th Anniversary celebration.
The team building session was divided into 3 parts: concentric, synchronization and inspiration. The groups learned about the drum and practiced using a combination of their body and the drum to develop the beat and rhythm into a song. 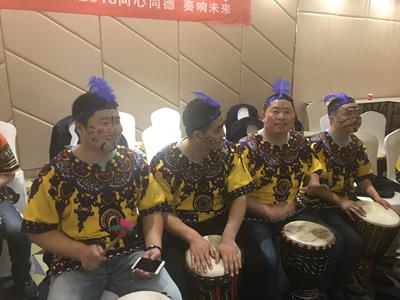 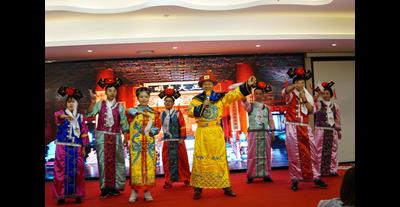 Next the coaches came on stage helping the teams bring into synchronization with one another. Finally, the teams competed against one another in a drumming competition! During the exercise the teams learned how to interact with one another enhancing each other’s strengths and creating positive energy throughout the entire experience.
10th Anniversary Celebration

During the night, several employee awards were given for:
• Service Awards for 5 and 10 Years
• 3 Best Sales People
• 2017 Best Sales Team
• Employees of the Year
• General Manager’s Special Award 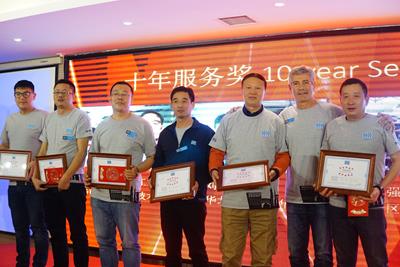 Attendees were entertained by 11 different teams giving performances which included singing, dancing, acting and reciting poems! Everyone had the opportunity to win gifts during the “Luck Draw” game using a QR code in WeChat. 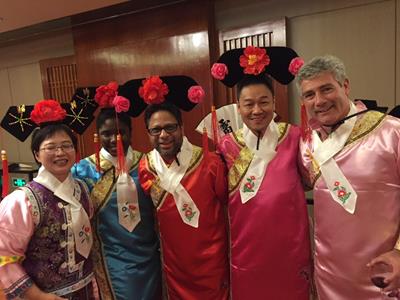 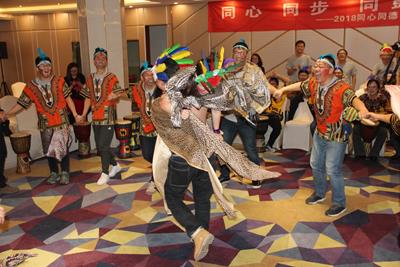 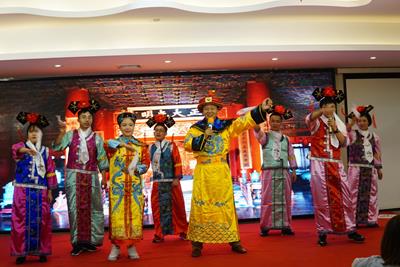 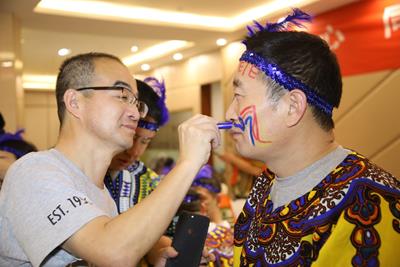 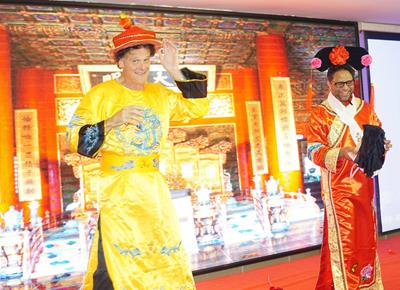 It was a great day and night of celebrating the accomplishments of our team and our partners who help make us successful.
#laticrete#1laticrete1team#laticretehistory#laticretecareers#bestplacetowork#teamwork#family
#workfamiy#diversity#teambuilding#workethic#values